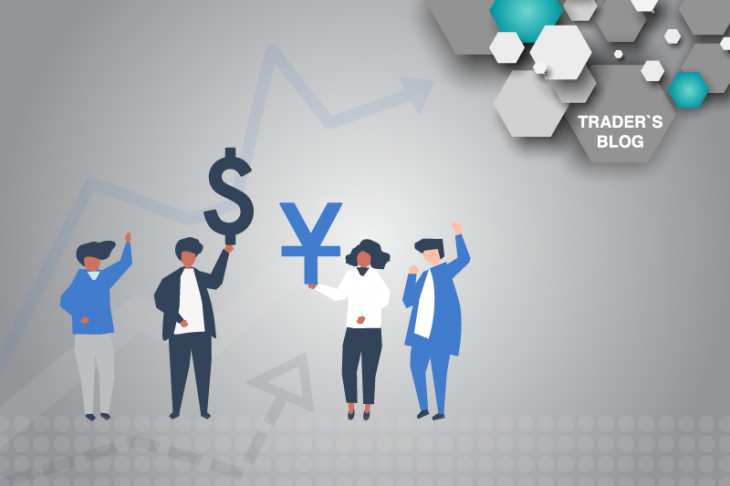 The market did not actually receive, even a draft version of the trade agreement between the US and China after quite promising US and Chinese trade talks, according to the US President D. Trump. However, we received a significant market volatility on speculations around trade negotiations and relations between the United States and China.

Read: “The results of the US-China trade talks”

A decrease in the USD/CNY currency pair (US dollar/Chinese yuan) was the actual result of trade negotiations between the United States and China. This can be interpreted as the consequences of the very first phase of trade talks.

If we consider the decline of the USD/CNY currency pair as the progress of the US – China trade relations, then it is immediately worth to note that the decline in this currency pair remains difficult. Exactly the same as the trade negotiations themselves.

The decline in USD/CNY from October 8 to 14 can be due to the market sentiment and goodwill of the People’s Bank of China (PBC). The PBC prepared for fruitful negotiations, by analogy with the postponement of new trade duties on Chinese goods by the United States,.

Statements of additional negotiations, which China announced with the aim of clarifying certain positions of the treaty and statements that the US Treasury Secretary Mnuchin is considering the possibility of accusing China of manipulating the national currency, remain only indirect factors in easing the tension in relations between the United States and China.

At the same time, only technically, the USD/CNY pair remains prone to decline. This is indicated by a slowdown in the uptrend of August and the formation of a reversal in the form of a “double top” pattern.

Technically, a further decline in USD/CNY and speculation around the trade talks should keep the dollar/yuan movement in a narrow trading range. So, fixing this pair above the level of 7.100 will cast doubt on the formation of a reversal. A break of 7.150 resistance will point to further growth.

On the other hand, fixing USD/CNY below 7.050 will signal further sales and open the way to support levels: 7.000 and 6.950. But this will require a noticeable progress of the US – China trade talks and, at the very least, a positive conclusion to the first stage of trade negotiations.

But one of the main reasons for reducing this pair is the mutual movement of the US and Chinese governments in this direction. Since a one-sided decline in the renminbi by China is extremely unlikely.