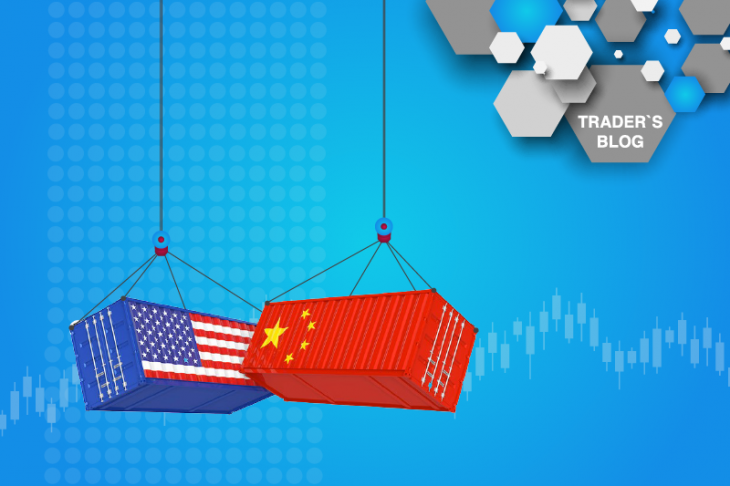 The results of the US-China trade talks

Trade talks between the USA and China, which took place from October 8 to 11, had a significant impact on the market. Thus, according to various estimates, these negotiations may become a new stage in US-Chinese trade relations or serve as an occasion for a new round of trade war. But, despite different estimates of what is happening, these negotiations have significantly weakened the US dollar across the the market.

Speculation before this meeting had a significant impact on the market and the US dollar. So the emerging news about the tightening of the issuance of visas by China for American citizens has significantly reduced optimism about the upcoming negotiations.

The reason for the resumption of optimism on trade negotiations was the statement by the US President D. Trump that the trade talks between the US and China went “very well.”

Against this background, the US dollar index was under the pressure against a basket of major competitors. And the USD/CNY (US dollar/Chinese yuan) currency pair has reduced, which acts as a barometer of tension in the trade war .

In fact, it formed a rebound from the level of 7.150 and indicated the possibility of forming a “double top”, which could open the way to support levels: 7.000 and 6.500.

Despite high-profile statements regarding fruitful trade negotiations, the actual results and terms of trade agreements have not been made public. Neither controversial issues on intellectual property and subsidies, nor general provisions on trade and trade duties.

At the same time, according to the words of the US president, this course of trade negotiations is the first. And it will be followed by a second, and even a third, if necessary. But the fact of such fruitful trade negotiations indicates a shift in the vector of exacerbation of trade tension by the dynamics of their settlement. As a result, this may serve as the beginning of a long period of the end of the trade war.

The so-called first stage of trade talks between the United States and China will have to end with the signing of a deal at APEC in Chile on November 16-17, 2019. After which we can expect further improvement in the US – China trade relations. Until that time, rise in volatility around trading relationships were possible on leaks of trade deal details. The final terms of the deal will become known after signing on November 16-17.